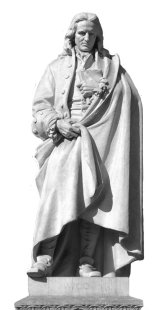 Vico, born in Naples, the then capital of a part of the Spanish Empire and for a brief period spiritual hub in Europe, studied jurisprudence at his father’s request. However Vico broke off his law studies saying that jurisprudence was not systematic enough and based primarily on individual cases.
More about Vico

“With his ingenious profoundness, Vico stands alone among his contemporaries, a stranger in his nation, ignored, or derided, even though there now are attempts to vindicate him as a national treasure”, none other than Friedrich Carl von Savigny delivers this judgment on a great scholar. Nearly all of the following have invoked Vico: philosophers, historians, sociologists, linguists and in most recent times even psychoanalysts. Among the literati, James Joyce may well be the most famous one among those who have read Vico’s greatest work “Principi di Scienza Nuova” in the original version during his stay in Trieste. He found reading this more stimulating than the works of Freud and Jung. Even Karl Marx knew Vico and, and having read “Neue Wissenschaft” (New Science) found inspiring traits in the opus primarily due to Vico’s thesis that societal conflicts have a far greater impact on the course of history than the great men of their time.

But Savigny is praising an Italian colleague, a jurist, an admirer of Ius Romanum. The founder of the German Historical School is well aware of the many misunderstandings as well as suggestions which arose from Vico’s works and still continue to emanate therefrom. He further states that Vico also published his cogitations on Roman history: “But these thoughts are similar to flashes in the darkness of night which confound the wanderer more than guide him to the right path. They would have elucidated no one who is not already on his way to the truth.”